Another hectic week has flown by and there are two epic events for me to reflect on: the Ontario Ministry of Education / Ontario Teachers' Federation Teacher Learning and Leadership Program for Experienced Teachers gathering (May 7-9, 2014, a.k.a. the TLLP) and the Toronto District School Board's Google Apps for Education Camp (May 10, 2014, a.k.a. TDSBGAFE). The unifying theme they both had in common was that on the surface, it appeared to be about the technology, but actually, it was about the relationships that foster learning.

TLLP - About the Tech
I am honoured to be a part of a very unique team involved in the first ever cross-board TLLP project. The original GamingEdus from the Toronto District School Board (Liam O'Donnell, Denise Colby, and I), along with Zoe Branigan-Pipe, Mark Hadala, and BreAnna K from the Hamilton-Wentworth District School Board will be investigating "Digging Into Minecraft with Inquiry" and "the learning potential of Minecraft to support the learning of students, while providing leadership to teachers interested in bringing Games Based Learning to their classrooms." Ours is one of 115 projects funded by the Ministry and the teacher union. There was a lot of technology floating around the huge ballroom at the Sheraton Toronto Airport Hotel, where we were housed, especially in our table section. Many of the projects involve integrating technology, such as iPads, into inquiry, math instruction, or early years classrooms. We will also be expected to contribute to the Ning, found at www.mentoringmoments.ning.com.

TLLP - About the People
However, what struck me most during the two and a half days was the importance of connecting with people. Mainstream media and even our own organizations can make it appear as if the government and the union are continuously at loggerheads with each other, but when it comes to the TLLP, it was hard to distinguish who was the government worker and who was the union representative. They were united under a common goal (professional learning, which is [to quote a slide] inside-out transformation, collegiality involvement in planning, student centered, where teachers determine their own learning goals and knowledge is constructed by collaborative teams) and they were all so gosh-darn NICE! I was delighted to reconnect with the ever-inspiring Jim Strachan and meet Satbir Sidhu-Thomas (recently seconded to the ministry), and Ann Lieberman (a Stanford scholar who is not restricted by her age [82]), and other great people. I learned more from a five minute conversation with the wise and frank Peter Skillen than I have from many a staff meeting or newspaper article. Joanne Myers was marvelous and understanding, even as I gave less than 100% during her presentation on developing and delivering a dynamic workshop; her patience and enthusiasm in the face of a distracted learner reminded me to return to my Tribes philosophy and activities frequently and thoughtfully in all my teaching and learning interactions. Peter Lipman gave our team great advice for our SMART goals. 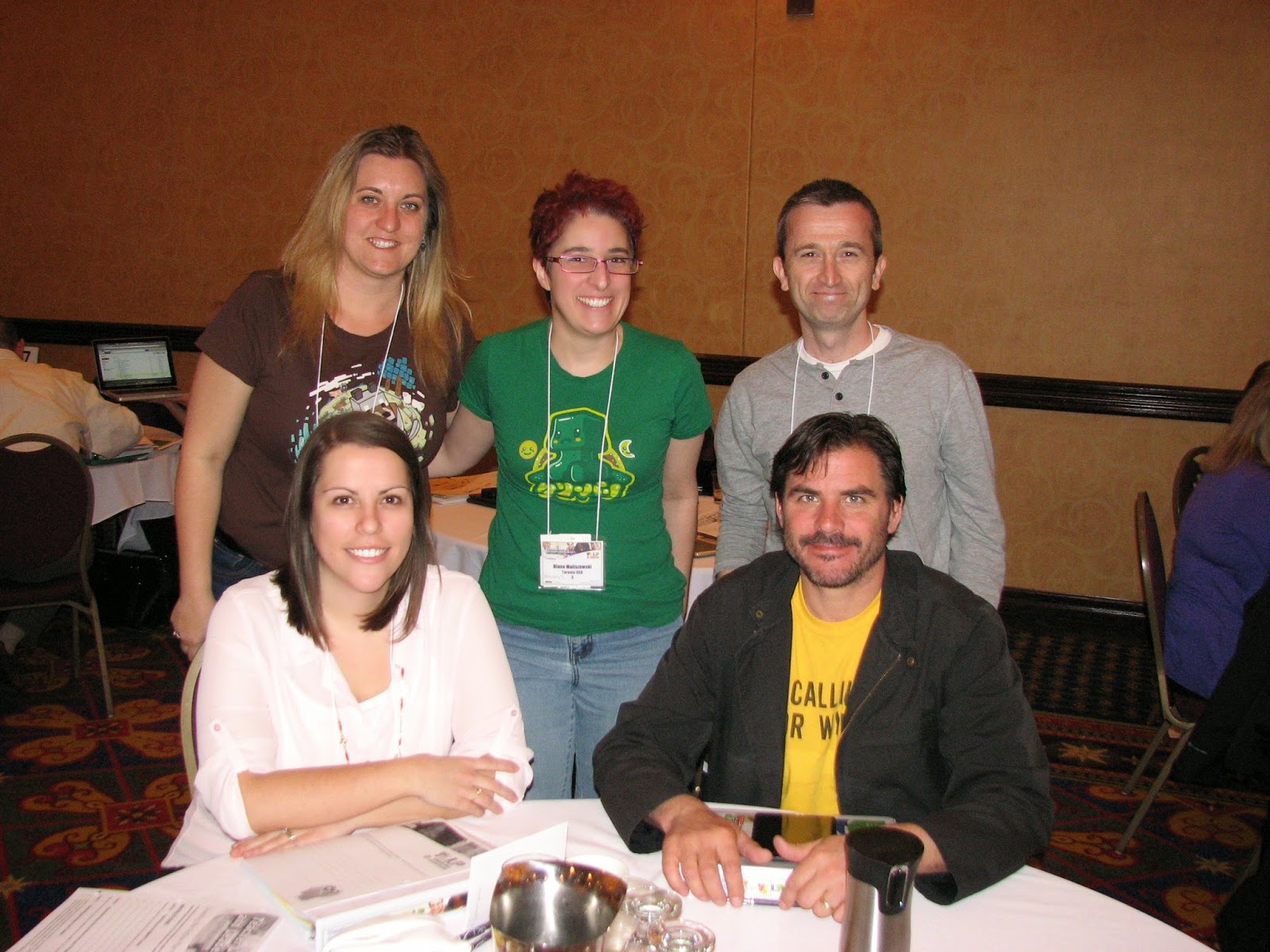 Then there was the team. Most groups are only permitted to send one or two representatives from the team, but because ours was the first cross-board endeavor, we were allowed to have all of us attend. Zoe from Hamilton was already booked for the OAME and Connect conferences (and she has already participated in a prior TLLP) so five of us were there. This was crucial for us. I didn't know Mark or BreAnna before this week and I think it's incredibly important to connect as individuals. By the end of our time together, we were feeling more comfortable with each other and were able to articulate our own personal learning goals associated with this project (a key component) and begin to work together more than as two separate silos. It was also wonderful to have time with Denise and Liam to talk in person, face to face. 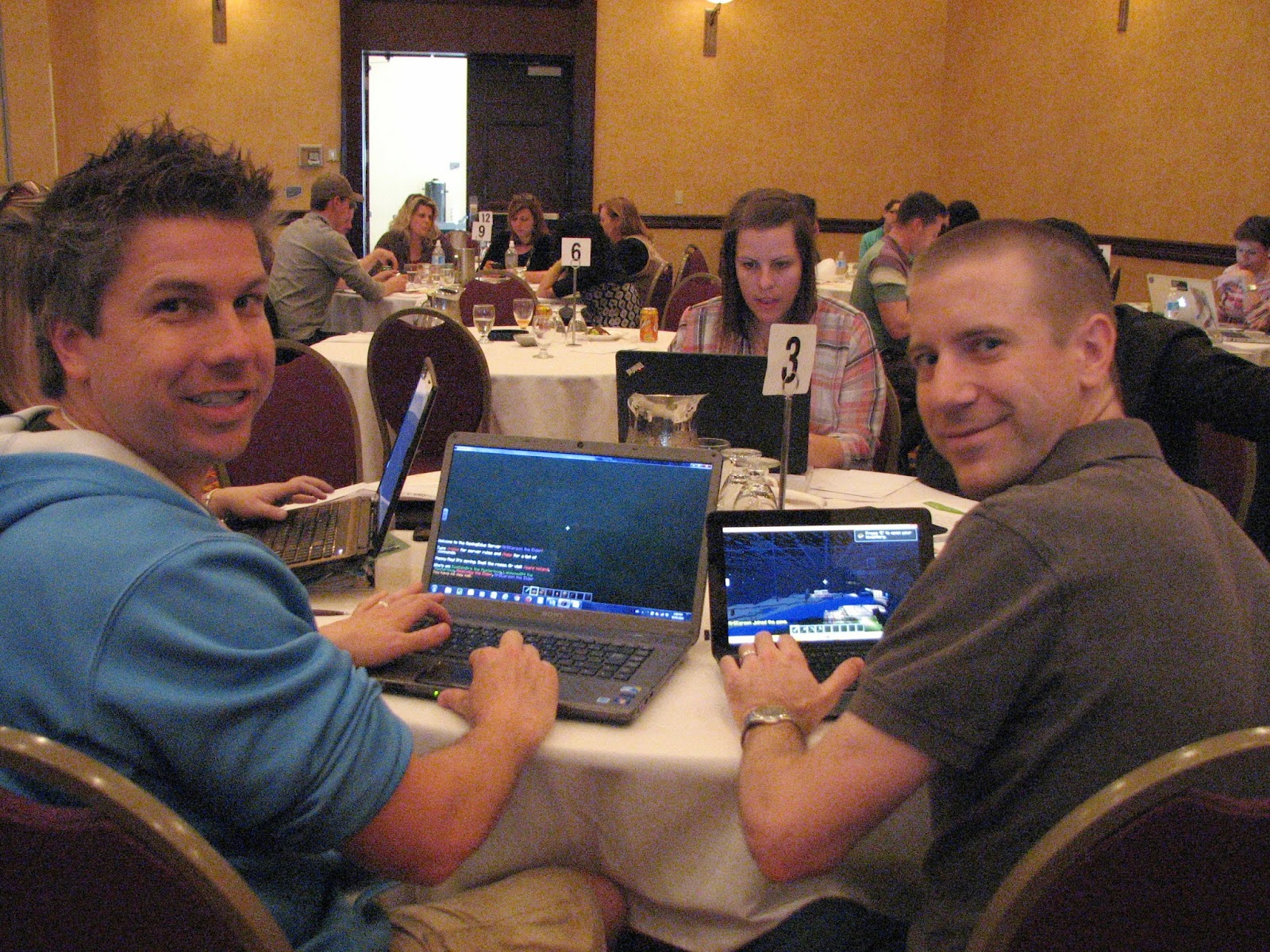 And then there are these two fantastic guys: Dustin and Jeff are from the Grand Erie District School Board and their project is called "The Building Blocks to Engage and Support All Learners: Minecraft to Develop Inquiry Skills". They have much better memories than I do, because they remember meeting us at a past ECOO conference and on our Professional Play server. They are smart and enthusiastic, and even though technically our projects are separate, we hope to find ways to work together. 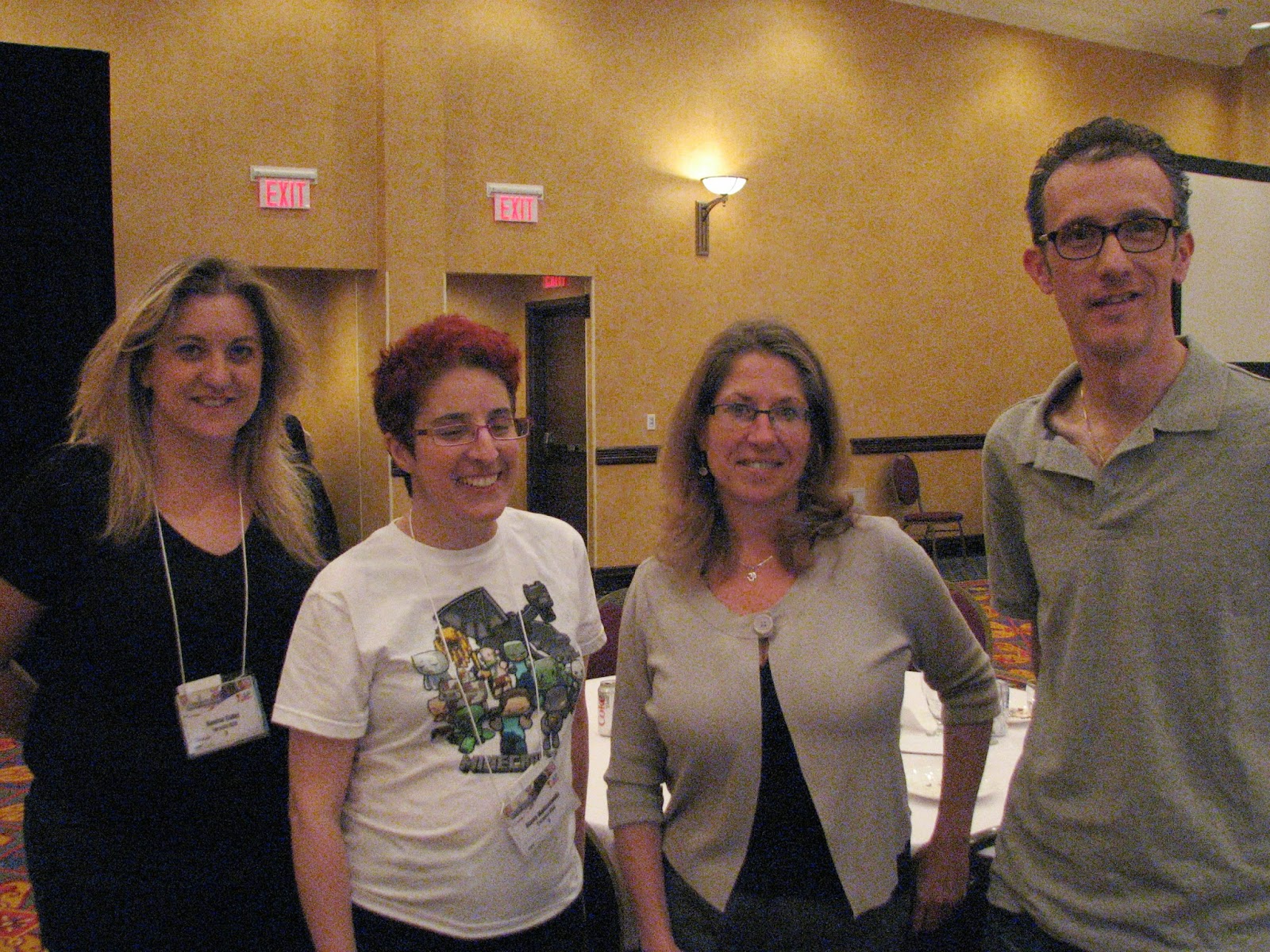 I'd be remiss if I didn't mention two other groups of participants: the other educators in our school board that also received TLLP grants, and a group we know through Twitter and ECOO that we are working on some online workshops with. 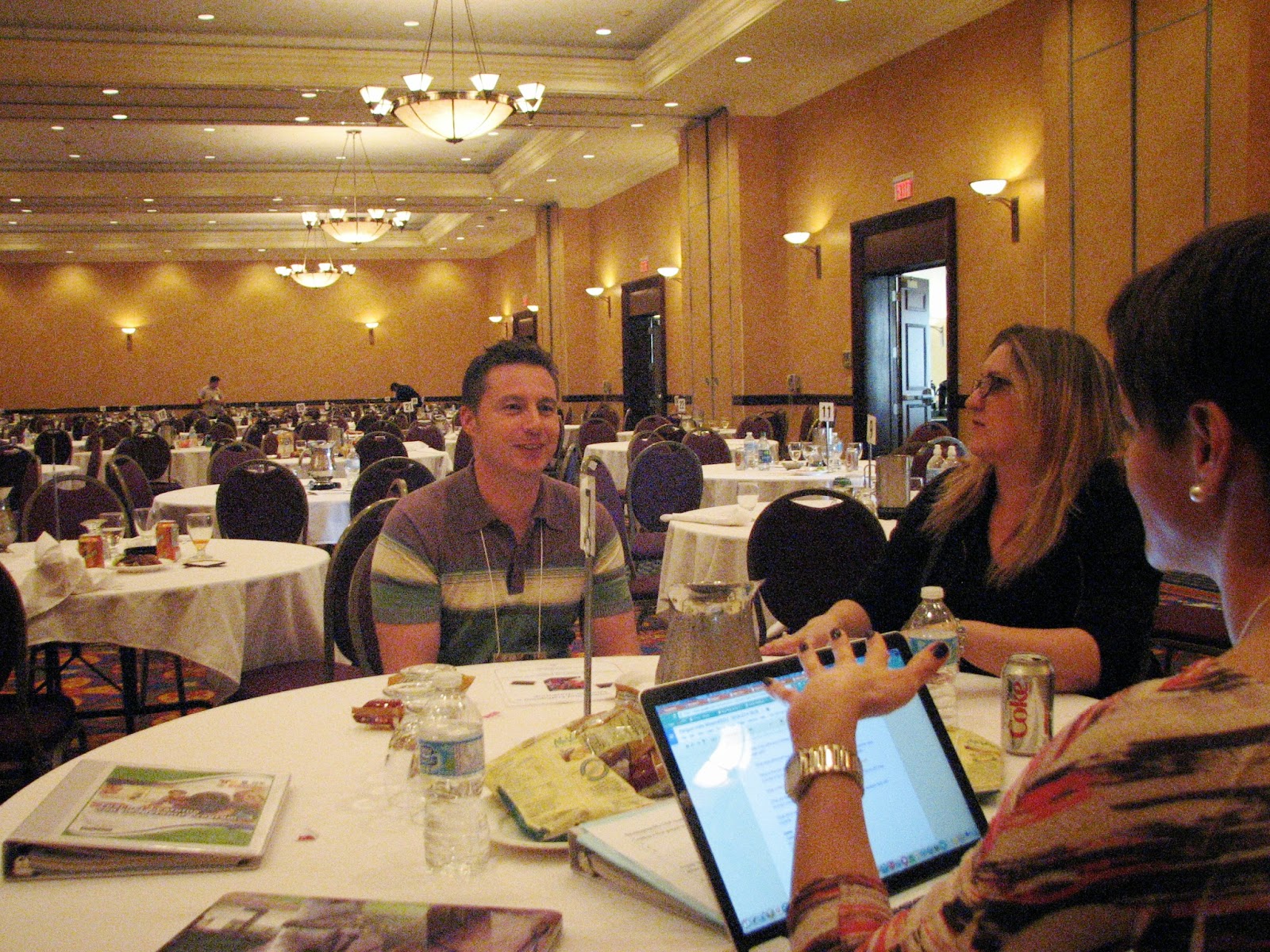 Ray Mercer and Cindy Matthews are working on "Collaborative Inquiry Learning Through the School Library Learning Commons: Early Years Inquiry ePortfolios". Since many of us are teacher-librarians or former teacher-librarians, Cindy suggested we propose a session at the 2015 Ontario Library Association conference on the TLLP with a Library Lens.

See the background in the second picture to the left? It's an empty ballroom because a small group of us were still working half-an-hour after the TLLP session officially ended! Michelle and Scott were planning with Denise and with me about the upcoming ECOO Minecraft webinar. The first one didn't go quite as planned so we wanted to learn from the experience and improve it. I think it's a testament to our passion that we soldiered on, even though at this point, we were all pretty exhausted and looking forward to getting home.

This is a pretty long post, so I'm going to talk more about the Toronto Google Camp in a separate entry.